Join fellow Fox Valley nonprofit board chairs and vice-chairs to network and share best practice around the great task of leading a nonprofit toward efficiency and sustainability.

These events are for board chair and vice-chairs only!

The topic will be: Leadership Transitions

Space is limited to 25 attendees. 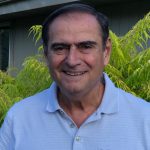 Tony Veronico has had a wealth of experience in nonprofits at the national level most recently as the Executive Director of the American Youth Soccer Organization as part of his retirement gig, as well as the CEO of two well known nonprofits in New York prior to his current roles. For the past 31 years he has also traveled the country as an expert witness on legal matters related to the Human Services field – particularly in the areas of adoption, foster care and other child welfare services.

Tony brings persepective both as a board member and executive director on board leadership transitions.

Tony Veronico began his non-profit career as a fund raiser and recruiter for a Roman Catholic missionary organization located in San Francisco.  After three years in this position, he traveled to Bolivia and Chile to learn Spanish in order to work with poor indigenous families residing in those countries.  Upon his return to the United States he began work in the field of child welfare as a Special Assistant to the Commissioner in New York City’s department of children’s services.

After receiving a Masters in Social Work he directed a Child Abuse Treatment program followed by directing a Special Adoption Placement Project.  In 1979 he served as an Associate Deputy Director in the Illinois Department of Children and Family Services.  In this role he was responsible for establishing a new State office aimed at the design and development of innovative services related to foster care and adoption.  He designed, developed and implemented an internal case review system to facilitate and insure the proper placement of children aimed at a speedy return home or to permanent adoption.

Mr. Veronico then served as an Assistant Director at the Child Welfare League of America where he planned and implemented innovative child welfare service programs across the United States.  In 1987 he returned to New York City as a Director in the children’s department where he established a new adoption office responsible for the monitoring and training of staff in New York’s public and private child welfare agencies.  Shortly thereafter, he became the President and CEO of a private child welfare and adoption agency in New York city where he oversaw a 15 million dollar program that provided services for 1500 children under the guardianship and care of the City’s department of children’s services.  With a staff of 170 professionals he worked to provide foster care, reunification, adoption, independent living, kinship, medical and preventive services for families and children.

In 2005 he became the President and CEO for the Meals on Wheels Programs and Services in Rockland County, NY.  This program delivered over 1500 meals to homebound individuals; managed six senior centers serving 500 individuals and administered two programs for the frail elderly and for those with a diagnosis of Alzheimer’s disease.

Upon returning to Wisconsin he became the Executive Director of the Transitional Living Center in Burlington providing services to homeless families and children in the Racine County area.  Before his final retirement he served on the national Board of Directors for the American Youth Soccer Organization that serves over 500,000 children who play soccer in the United States and abroad.  During that time he also served for one year as the interim Executive Director of the organization that delivers services through 150,000 volunteers who manage and administer its programs across the country.